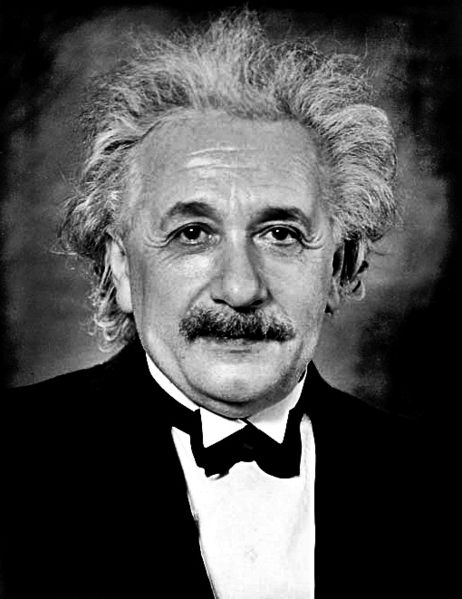 Welcome back! This is the last part of the series on relativity. Today we’ll talk about how gravity effects time and space. You might want to look at last week’s post before you read this one. It explains the basics of gravity in General Relativity. Go back to the Theory of Relativity for Kids if you want to start at the very beginning.

Last week we talked about how gravity is caused by “falling space.” If you were speeding up in outer space, it would feel exactly like gravity. The same thing happens on Earth. Space itself speeds up toward the center of the earth. When you stand on the ground, you are forced to speed upward through space. This creates the same feeling you get when your mom pushes the gas pedal in your car, and your seat pushes you forward. That is why we feel gravity on Earth.

So what does this do to beams of light?

Well, let’s imagine that you are inside a rocket ship that is firing its rockets in outer space. You are standing at the top of the rocket, and there is a clock sitting on the floor at the bottom of the rocket.

What will you see when you look at the clock?

Remember that your rocket ship is firing its rockets, so it is speeding up the whole time. As soon as the light comes off of the clock, the rocket starts moving faster. Since you are standing at the top of the rocket, this means that you keep moving faster and faster as the light moves toward the top.

Since you are moving away from the light, it means that the light needs to travel farther in order to reach you.

But it does mean that the light needs to travel farther in order to reach you than if your spaceship wasn’t firing its rockets.

The very same thing happens with gravity. Since space is falling toward the earth, it takes longer for light to travel up through it. This means that clocks on the Earth are ticking a little bit slower than clocks in outer space. This is a real thing. GPS satellites wouldn’t even work if Einstein never figured this out!

We can see the same thing by switching things around. Let’s pretend you are standing at the bottom of the rocket, and there is a clock up at the top. Now you are speeding up toward the light as it comes away from the clock. As you move faster and faster toward the clock, the light has less and less distance to go before it reaches you.

Since the light has less distance to travel, it takes less time to see it. This means that there is less time between each tick of the clock. The clock at the top of the rocket is ticking faster than the clock at the bottom, the same thing we figured out last time!

Again, the same thing is happening on Earth. Since space itself is falling toward the Earth, the ground is speeding up and travelling upward through space. This means that it takes less time for light to travel from a clock in outer space to the ground. So clocks in outer space are ticking faster than clocks on the ground, just like we said before.

Why Does Space Fall, Anyway?

So, why is space falling toward the earth? Well, we really don’t know the answer to that question!

Still, we should point out that space doesn’t fall toward just anything. It falls toward things that have inertia. Remember, inertia is what makes it hard for objects to change their speed or direction. So, the harder it is to move something, the faster space will fall toward it. The earth is very hard to move, so it has enough inertia to create gravity that we can notice.

Most explanations of General Relativity that you will see don’t talk about “falling space.” Instead, they talk about “curved space” or, to be more correct, “curved space-time.” These might not sound like the same thing, but it turns out that they actually are!

In order to understand why scientists will say that gravity is curved space and time, you need to understand something about graphs. Here is what a graph looks like if you are talking about something that is moving at a specific speed:

If something is moving at one speed, than as more time goes by, its position in space will change by the same amount for the amount of time that passes. So if something moves at the same speed, it makes a straight line on this kind of graph.

But what if we talk about something that is speeding up, or accelerating? Well, then it looks like this:

Each time another second passes, the amount of distance it has moved gets bigger. So when we graph an object that is speeding up, we get a curved line instead of a straight one.

So what happens when space itself is falling, in other words, speeding up? Well, on a graph like this, it means that objects will be forced to curve away from each other, or toward each other.

This is the same thing as saying that space and time are curved! If the graph itself is curved, then objects will follow curved lines! They will speed up, or accelerate!

So falling space is the same thing as curved space and time!

Well, after four weeks of posts, I can finally say that you have learned all the basics of relativity! It took Einstein decades to figure out his theory, so if you are having some trouble, don’t worry about it. Relativity is very strange, but incredibly amazing.

We live in a world where time passes by at different speeds, where events happen at different times, and where space itself is changing shape! I really hope that this helped you learn more about the fascinating world we live in.

Here are the other posts if you’d like to go back and take a look at them:

Introduction: The Theory of Relativity, For Kids

And if you still want to learn more about Einstein and relativity, this is a good book:

Albert Einstein and Relativity for Kids: His Life and Ideas with 21 Activities and Thought Experiments (For Kids series)