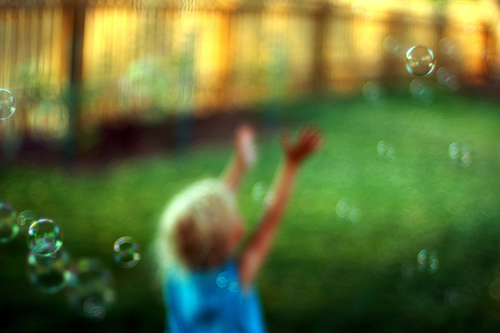 Your Brain is Not a Computer

Let’s start with this.

As much as cognitive scientists outside of neuroscience like to think of the brain like a computer, the analogy actually starts to break down very quickly. While intelligence can be thought of as a form of computation, there are some dramatic differences between brains and computers.

It’s easy to identify the basic component of a computer: the logic gate. A logic gate is either on or off. The order of logic gates is sequential. The logic that powers the gate is clear cut and predetermined.

It’s not so easy to identify the basic component of the brain. You could say it’s the neuron (brain cell), but neurons are messy organic systems full of DNA and chemical reactions, and they send messages to one another through many mediums other than electricity.

Neurons aren’t just firing or not firing. They fire at different speeds. The more signals a neuron picks up from other neurons, the more rapidly it fires.

Computer memory is straightforward. Each piece of memory is neatly labeled with a number that can be represented by ones and zeros, and there’s only one possible way to activate that memory using a pre-designed series of logic gates.

The distinction between human memory and the process we call “intelligence” is anything but clear cut at this point, and it’s important to understand that memory comes in many forms.

But the basic idea of human memory is fairly straightforward. Neurons can be thought of like categories (as mentioned here).

Now, there’s no way to think of each individual neuron as though it represented a concrete category that we could explain in plain English. The categories are very abstract. While there are isolated cases of single neurons that only light up at the concept of Halle Berry, most neurons fire in several different circumstances, at different speeds, with no obvious common thread between them.

Most neurons have about a thousand other cells plugged into them. As a made up example, one neuron might fire at its highest intensity when you are thinking about barbecue sauce, the color purple, Anastasia, and the feel of ocean waves against your feet.

There is no single neuron in your head that represents a specific thing. Instead, neurons fire together to create a combination of categories.

For example, consider the concept of a book. There are countless categories associated with books. The shape of a book, the concept of a page, the meaning of letters and words, the feel of paper in your hands, the titles of books you have read, the things you use books for, and so on.

When you think about the concept of a book, a network of neurons in your brain will light up, with each individual neuron firing at a specific rate. Change firing rates of a few of those neurons and it won’t change the concept too much.

Clearly, there are no sharp lines between concepts in the human brain.

So why is it easier to recognize something than it is to remember it?

A crucial piece of knowledge from neuroscience is the basic principle: “neurons that fire together wire together.”

So when you get to know somebody, you think about the way their face looks, what their name is, their mannerisms, their sense of humor, their political orientation, the way they walk, and so on.

And as you think about all of those things, the associated neurons connect with each other. (We now know that they can do this in more subtle ways than literally re-configuring their connections, although they do this as well).

When this happens, we can say that we “know” that person (although how well we know them is up for debate).

But whether or not we can remember that person depends on how well we can stimulate that network.

If all we think about is a concept like “people we know,” then our ability to remember will be limited. The networks associated with everybody we know will be firing a little bit, but not to the point that we consciously remember all of them.

(This is, in fact, a good thing, because we wouldn’t have enough working memory capacity to think about all of these people at once. Check this out to learn more about working memory, and it’s association with intelligence.)

And once you get the cues right, you trigger the whole network. You go from not even remembering a person existed, to remembering that last time you met you meant to show him a YouTube video, but you got distracted by a text from your wife, and then he made a joke about Mexicans, and it made you uncomfortable.

Where Does the Light Go When You Shut it Off?