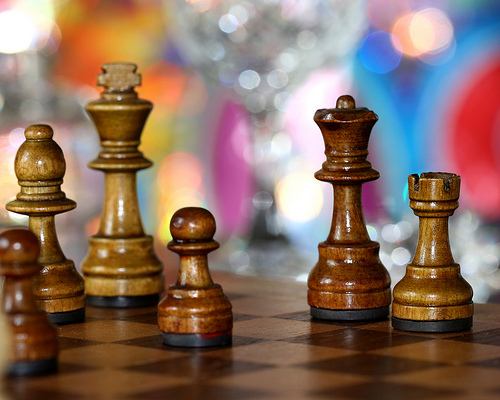 How much does our intelligence rely on our ability to hold ideas in our mind? It turns out memory and intelligence are very closely related, to the point that some have questioned if they could be the same thing.

Show Me Working Memory and I’ll Show You Intelligence?

In the early 1990s, a series of studies conducted by Kyllonen and Christal came to the conclusion that a specific type of memory is almost synonomous with our ability to reason.

Working memory is what you might call immediate memory. It’s your capacity to store several images and sounds in your head at the same time.

Kyllonen and Christal’s studies found an incredibly high correlation between working memory and intelligence. In a series of four experiments, they measured people’s reasoning ability as well as their ability to hold different items in their mind at the same time. They discovered that these two abilities were correlated in the range of 80 to 90 percent. Correlations this high are virtually unheard of.

The results were so striking that they authored the paper Reasoning Ability is (Little More Than) Working-Memory Capacity?! The paper became extremely influential during the ’90s. The authors themselves were half-joking when they titled the paper, but many scientists began to question whether this could actually be true.

Was the ability to reason really the same thing as the capacity to hold ideas in your head at the same time?

Followup studies explored working memory’s influence on intelligence more deeply. The high correlations were, in part, a problem with definitions. The way “working memory” was being defined was a bit too interchangeable with “reasoning.”

Ackerman discovered that, under some circumstances, working memory tests were much worse at predicting intelligence. In particular, speed was a big part of this. Somebody with small working memory tended to work more slowly. But speed isn’t necessarily a factor in reasoning.

In other words, processing speed is more closely related with memory than intelligence is, suggesting that it’s not the same thing.

Up until recently, nobody thought it was possible to improve what we call “fluid intelligence.” Crystallized intelligence, which measures what might be called wisdom, can be improved with practice and training. But fluid intelligence, what we might call raw thought processing, appears to be biologically predetermined.

At least, that’s what we thought before Susanne Jaeggi and her colleagues conducted a very controversial experiment in 2008.

While the brain is incredibly adaptive and can dramatically improve on almost any task with practice, it’s rare to find evidence to suggest that training on one task improves performance on another one.

In this experiment, improvement on a working memory task transferred to a very different test of fluid intelligence. This suggested that it really was possible to improve reasoning ability.

The test conducted was called the dual N-Back. The participants were asked to look at a series of symbols appearing on a checkerboard while listening to other symbols. This was a modification of a working memory test, but the participants weren’t just being tested.

Compared with the control group, the participants saw a dramatic increase in performance on a fluid thinking test. The more they trained, the better the results. It looked like a slam dunk, especially when they replicated the study in 2010.

Jaeggi’s experiment didn’t come out of thin air, either. It was inspired by an experiment conducted in 2002 by Torkel Klingberg, in which a memory training test helped ADHD children on several tasks, including fluid intelligence tests. (You can take a look at his book at the bottom of this post).

But then came the studies by Redick and Chooi. They failed to replicate Jaeggi’s results.

What was going on?

Science Was Going On

This is one of those things that can’t be said enough, and quite frankly, I probably don’t. As unsatisfying as it is to attack an important question without arriving at an answer, we have to face the fact that sometimes we don’t have an answer.

This question is still an open one.

I can tell you that a recent study found changes in the regions of the brain associated with working memory after one of these training programs was put into place.

I can also tell you that many of the brain training games produced by companies like CogMed and Luminosity are not based on the N-Back, and appear to be ineffective. (This is particularly bizarre in Klingberg’s case, creator of CogMed, considering that his original experiment employed the N-Back.)

But can I tell you exactly how the relationship between memory and intelligence works, or definitively say that training programs will enhance it? No. Because that’s how science works. It’s a process, not a body of facts, and that’s how it should stay.

Like this? Pass it along if you did. For more on working memory, here’s what Torkel Klingberg has to say about it.

The Overflowing Brain: Information Overload and the Limits of Working Memory

Burnt Out: What Spit Tests and Brain Scans Tell Us