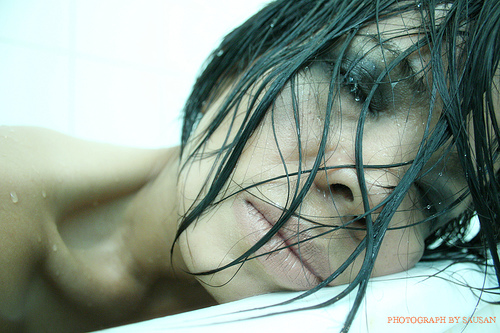 Some estimates put the number of North Americans and Europeans suffering from burnout at about ten percent. The word “burnout” might sound like flimsy psychobabble, but science is showing us differences between the brains of people suffering from it, and those who don’t.

Some call it exhaustion depression, and others call it work stress, but what is really happening, and what can we do about it?

The symptoms of burnout overlap with depression so much that they look like pretty much the same thing. People suffering from burnout often report that their tired, stressed, and overwhelmed. Physicians hear this and think, “depression,” then toss some SSRIs their way. But it turns out this could be a serious mistake.

Research by Dr. Sonia Lupien and Robert-Paul Juster at the University of Montreal gave thirty middle aged participants blood tests. They also sent them home with saliva collection kits, and asked them questions related to the symptoms of burnout and depression.

Cortisol is a stress hormone that, along with adrenaline, helps people cope with stressful situations.

Low cortisol can be just as bad for the body and mind as high cortisol. Prescribing antidepressants to people who are going through burnout may actually do more harm than good, because they reduce cortisol levels even further.

Ambitious…With a Weak Sense of Self

Burnout patients have a bizarre juxtaposition of personality traits and symptoms. According to a study out of Umeå University, Sweden, burnt out patients have traditional depression symptoms like anxiety, pessimism, and a weak sense of self, but these are mixed with persistence, ambition, and overachieving.

The scientists also measured brain activity with an MRI and spotted differences in brain activity. There was less activity in the frontal cortex, which is associated with things like choice and focus. There was also a difference in the way their working memory functioned.

(Working memory is the immediate memory that we use in daily thinking, and it plays a role in intelligence. You can read more about it here.)

They also saw hormonal differences in the brain, which may have been the inspiration for the cortisol study mentioned above. A hormone from the pituitary gland, called ACTH, activates cortisol, the stress hormone.

Oddly, burnout brains were less likely to secrete ACTH, but they secreted more cortisol for the amount of ACTH involved. Just another example of the weird world of hormones.

What’s the Cure for Burnout?

Previous research suggests that burnout is stable over time. But a study published this year suggests that this isn’t true when work and personal choices are taken into account.

Dr. Annika Evolahti and her colleagues followed 116 middle-aged women for 9 years with interviews and questionnaires. They discovered that burnout was not stable over time, and that environmental and personal traits had an impact. Traits that were related to burnout included:

Bizarrely, the study didn’t find a statistically significant relationship between social support and burnout. Earlier studies suggest that support from friends can help. This study doesn’t necessarily toss the others out the window, but considering that it went on for longer, it does raise the question.

If feelings of control were key to decreasing burnout, this might offer an insight into what causes burnout in the first place. The brain study mentioned above pointed out that burnout came along with decreased frontal lobe activity. The frontal lobe plays an important part in self-control.

Could this lack of control be the source of burnout?

(For more on self control, find out what gargling sugar water has to do with it, and what self-affirmations do to the brain).

How Does Gravity “Escape” a Black Hole?