Recently, an “icicle of death” was caught on film by the BBC for the first time. Brine from the sea ice flowed down to the sea floor, freezing everything in its path. The salt saturation kept the brine from freezing outside the ocean, but the cold caused the seawater to turn to ice once the brine came through.

Take water, saturate it with salt, and it doesn’t freeze. But keep the solution chilled, toss it back into its old environment, and it turns to ice.

When Erin Curtis, a volunteer with the Peace Corps, came home from Kazakhstan, she experienced a syndrome known as “reverse culture shock.” She became overwhelmed during a trip to the grocery store in Lexington, South Carolina. She felt out of touch, unsure of what was happening around her, and ended up walking out of the ice cream isle, unsure what to buy.

Jodi Hammer, a coordinator for returned Peace Corps volunteers, warns volunteers that coming home requires just as much adjustment as leaving. In fact, the shock of coming home is often harder, because it’s unexpected.

An alcoholic who is suddenly thrust into a sobriety program will often stop drinking. But they learn to stop drinking in only one environment. Once the program ends and they return to the previous setting, they once again find it difficult to control their drinking. Story after story confirms that the relapse is often worse than the experience that lead them to a sobriety program in the first place.

Preventing an Icicle of Death

When you return something to its old environment, things can go wrong.

When you return something to its old environment, things can go wrong. A person experiencing reverse culture shock is suffering because they brought the cold back home with them. They freeze while the world around them keeps swirling.

An alcoholic who returns to their old environment is suffering because the salt they got from their sobriety program is diluted when they come back home.

So what do we do to prevent this icicle of death? One option is simply to bottle the brine up and keep it from getting into the ocean. This is the approach taken by the well known sobriety program Alcoholics Anonymous. But human beings are notoriously difficult to confine to a specific environment, especially if it’s not one they are used to.

This may be why the effectiveness of Alcoholics Anonymous is no better than the effectiveness of somebody who just decides to quit drinking. It may also be why court mandated AA members are five times more likely to go through a binge drinking phase than those who don’t go to AA.

You could also just warm up the brine before it gets back into the ocean.

…when you change something, you must make sure that you fully understand everything that you’ve changed.

In other words, when you change something, you must make sure that you fully understand everything that you’ve changed. Changes that might not be apparent, like the fact that the brine is well below the normal freezing point of water, can prove disastrous. This is why case studies and controlled experiments are so important. Without them, you point to every time an icicle didn’t occur, and you use it as evidence that the system you are using works.

While telling alcoholics that they are powerless over alcohol might compel some people to keep coming back to AA, it also compels them to binge the next time they pick up the habit. Newer tactics, such as motivational enhancement, take into account how an alcoholic will react when they return to the real world. 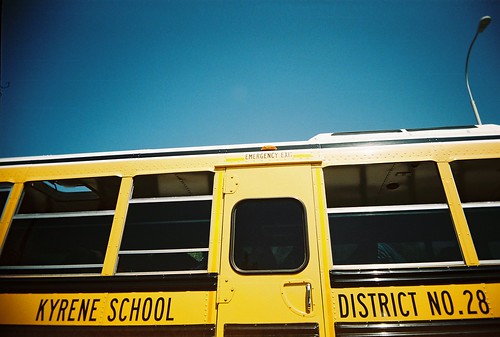 In 1993, the University of Chicago presented the results of a study comparing motivation among elementary and middle school students. The study found that middle schools offered students fewer decisions and controlled their students more. The study suggested that this caused students to become less motivated. Controlling students creates the appearance of an effective learning environment free of distractions. But by teaching students that they must rely on others for instruction, they end up maladjusted when they return to the real world.

Once you understand the chemistry of water and salt, you can predict what will happen when brine is chilled in the ice and then poured into the ocean.

My recent discussion with Robert Caveney explored the solution to this educational crisis. A system designed around increased autonomy with a focus on mastery would achieve superior results. My recent Quora answer explored why we have more energy when doing something we’re interested in.

As human beings, intrinsic motivation keeps us moving better than goal-driven behavior. It enhances competence and improves performance. One of the major dopamine pathways in the brain, the SEEKING system, causes us to become very curious, interested, and energetic when we are intrinsically motivated.

When you understand the science of the human brain, you can predict what will happen when students are controlled in the classroom and tossed into the real world.

Think back. Have their been icicles of death in your life?