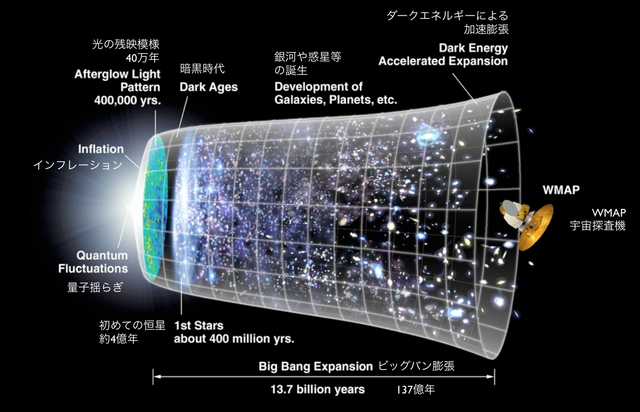 Our current models of the universe are remarkably close to telling us where the universe came from, and the answer is amazing, fascinating, and perhaps to some, disconcerting. They suggest that it came from nothing, and spell out just how this could occur.

The answer is nothing short of amazing, but also remarkably complex. The task of explaining it to everyday people is not an enviable one, which is one of many reasons I admire Professor Lawrence M. Krauss: an internationally recognized theoretical physicist, and the author of A Universe from Nothing

I had the opportunity to ask him a few questions about the book and the implications for the universe. Here’s what we talked about.

Thanks for speaking with me Dr. Lawrence Krauss. I’ve been a fan of yours ever since The Physics of Star Trek

, so this is pretty exciting for me.

Thanks. My pleasure. I hope this will be illuminating, and fun.

I’m sure it will be.

So your latest book, A Universe from Nothing: Why There Is Something Rather than Nothing

, is a guide to cosmology: the science of the universe itself. Some people might find the possibility of our universe emerging from nothingness a bit uncomfortable, unsatisfying, or even logically inconsistent. What’s your response to these reactions?

Well, the Universe doesn’t exist to please us, or to make us comfortable. In some sense one of the virtues of science is that it can make us uncomfortable. That means we have to revise our ideas of what is right, or normal, and that is liberating.

Moreover, our ideas of what is logically consistent should derive from the results of empirical experiment, not from what we find comforting. Quantum mechanics defies all classical logic, for example, but it describes the way the world works, whether we like it or not.

We need to force our beliefs to conform to the evidence of reality, not vice versa. That is why science makes progress, and religion doesn’t.

Agreed. It’s beyond arrogant to be frustrated or upset with the way the universe works, rather than to learn from it.

You may or may not have run into this, but I feel like there’s a popular perception among the general public that physicists and cosmologists are just “making things up” at this point. Maybe it’s the popular emphasis on subjects like string theory, which indeed lack an empirical basis, or perhaps it’s because reality itself is so strange and counterintuitive. What are your thoughts on this?

Yes, I agree that this is a popular misconception, and it isn’t helped by the media, who often report on speculative ideas, or even preliminary results which have yet to be confirmed, and then don’t follow up when experiment disproves these ideas, and it gives people the idea that all this is subjective.

Cosmology is now a science, and we can test many of our ideas, now some of them to 4 decimal places of precision! Of course at the limits of science there is speculation, but what determines which ideas survive, and which get thrown out like yesterday’s newspaper, is experiment, not prejudice, or fad.

Let’s talk a bit about “nothing.” Not the philosopher’s complete and utter absence of anything, even concepts, but the “nothing” that scientists can probe and understand empirically. How does “nothing” surprise us and defy common sense?

First, let me emphasize that I disagree with you… Nothing is a scientific concept, not a philosophical concept. It is the absence of something, and our ideas of something have changed tremendously over the past 100 years. That is one of the reasons I wrote the new book.

Of course one has to be careful in one’s definitions, and in this regard there are several ways one might think of nothing. First, empty space, not containing any particles or radiation. Second, the absence of space and time itself. And finally, the absence of even a fixed set of physical laws that would govern space and time if they come into existence.

What is surprising, and what defied common sense is that the first kind of nothing, namely empty space, is actually unstable, and that one can fill a universe with matter and radiation without any supernatural shenanigans, because the total energy of matter and radiation in a universe can be zero. It need not violate any laws of physics to create it spontaneously.

The same actually holds true for whole universes… but that is a little more complicated, and to learn the details, I suggest readers read my book.

It is pretty fascinating how nothingness itself works. For the record, I agree that philosophers shouldn’t have a monopoly on the concept.

Since I have the ear of a theoretical physicist, I have to ask you what you think of the results of the recent paper on “time’s arrow?” What does this lack of symmetry between forward and reverse time tell us about the state of physics, and the universe we live in?

On a microscopic level, we have known for some time that ‘time reversal invariance’, as it is called, is violated. Indeed a Nobel prize was given out some time ago to the scientists who discovered this. On a macroscopic level, time is simply a parameter that describes the evolution of systems, and whether we can go backward in time, for example, is still an open question.

And certainly an interesting one.

Cosmology asks big questions, possibly the biggest questions we possibly can ask, like “why are we here?” I imagine it’s a bit shocking to some that scientists, not just philosophers, are asking questions that big. I’d like to end this by asking where you think we’re headed with questions like that. Are these the kinds of questions we can answer with science? If not, should we keep asking them anyway?

Science doesn’t ask “why” questions because they don’t make sense. They presume purpose at some fundamental level, and there is no evidence of purpose in the universe. We certainly can’t presume it in advance.

When we ask “why?” we really mean “how”.. But the how questions are fascinating, including ‘how did our whole universe come into being?’. I find it remarkable that we are beginning to be able to address such questions in my lifetime. Whether we ever have a complete answer, no one knows. But we need to keep on asking questions, and keep on probing the universe.

A Universe From Nothing