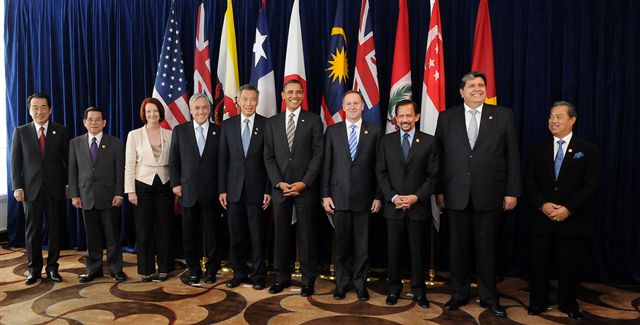 While this isn’t a political blog, every once in a while politics start to get personal. The TPP (Trans-Pacific Strategic Economic Partnership) poses a threat to the Internet and the economy, and therefore, me. As a result, for completely selfish reasons, I have no choice but to step onto my soapbox once more.

And just to be clear, this “free trade agreement” ought to be scary whether your politics are left, right, or center.

Back in June, a leak made it clear that the secret agreements being made at these meetings between trade representatives would:

As if that weren’t bad enough, yet another leak makes it clear that the agreement will also create a draconian copyright situation even worse than SOPA would have. It would:

The fact that this is presented as a trade agreement, rather than a typical law, makes it even more terrifying. Entire countries that fail to abide by these requirements will be cutoff from access to trade with the US, Australia, Brunei, Chile, Malaysia, New Zealand, Peru, Singapore, and Vietnam. The members hope to get Japan, China, Russia, Mexico, Indonesia, and the Philippines onboard as well.

If you happen to reside on the conservative end of the spectrum and live in the US, I hope this scenario is terrifying to you. A Chinese corporation would have the right to sue the US government for your tax dollars, as a form of compensation for the fact that it has to follow US laws.

They would also be able to allege that you violated copyright three times, then demand your personal information. This would also make it illegal for you to access the internet for an indeterminate period of time (forever?), despite the fact that you never went through trial.

Meanwhile all of the jobs that don’t require internet access would be outsourced to a different country.

And if that scenario isn’t also terrifying if you reside on the left end of the political spectrum or live outside the US, I’m at a loss for words.

To make things clear, my primary source of income is as a freelance writer. Having my writing attributed to me is something I absolutely support. I am not an anti-copyright extremist.

My source of income does, however, rely on the internet. And this trade agreement could very easily destroy the internet in many ways by:

If this happens to bother you even slightly as much as it bothers me, you can take action now by contacting your representatives.