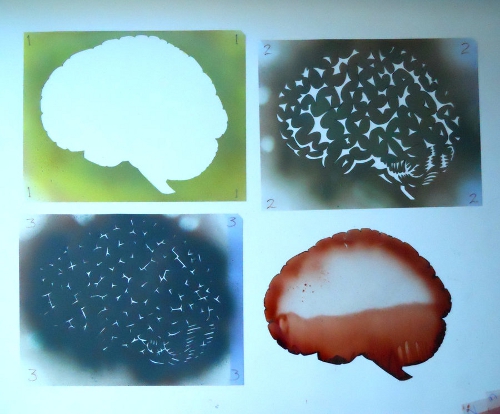 A new study reveals that cognitive empathy and analytical reasoning are not only powered by two separate networks in the brain, but that these two networks actually inhibit one another.

Most studies suggest that this task positive network becomes active when we are asked to pay attention to something, be more proactive, and generally be more conscious of what we are doing. At the same time, these tasks usually deactivate the default network, suggesting that these two networks inhibit one another.

More evidence that they inhibit each other comes from the fact that, when the brain is at rest, it cycles back and forth between these two networks. When activity in one network increases, activity in the other decreases.

The most common interpretation is that the task positive network is for goal-oriented thinking, and thoughts about the outside world, while the default network is for internal thinking like self-reflection and creativity.

But Anthony Jack, of Case Western Reserve University, and colleagues, have challenged this generalization. We appear to use both networks to think about the outside world, just in different ways.

To Jack, previous research actually suggested that the task positive network lights up during thoughts about physical and analytical systems, while the default mode network fires up during social thinking and empathy tasks.

Prior researchers have suggested that it looks this way because the default network is engaged in mental simulation, mental “time-travel,” self-referential thought, or internal thinking during these social tasks. This study revealed that none of these could explain the brain activity, at least not in this particular setting.

In the experiment, 45 healthy college students were asked to sit in an fMRI scanner while they solved written and video problems. There were 40 physics problems and 40 problems that required thinking about how another person might feel.

To keep things moving quickly, the students had to give an answer within seven seconds of reading the problem or watching the video. They were given a 27-second rest period 20 times during the experiment.

Furthermore, they couldn’t do both at the same time. Even when their brains were at rest, they would cycle back and forth between the two networks, never using both simultaneously. When presented with a task, they would identify which network to use, and think about the problem using only that part of the brain.

The study offers insight into disorders like autism, which features decreased activity in the default network, and Williams syndrome, which has low activity in the task positive network. People with autism generally perform normally or even far better than most on analytical tasks, while failing to understand what others are thinking.

In many ways, Williams syndrome is just the opposite. Sufferers have below average IQ, but are exceptionally warm and friendly and may excel at certain social tasks.

This may also offer an explanation for why we can arrive at very different conclusions based on how problems are framed.

One of my favorite examples has always been a Swiss study in which policy makers were trying to figure out where to store nuclear waste. They discovered that when residents were offered a tax incentive they suddenly became less likely to support a storage facility nearby. They stopped thinking about the subject in social terms and started thinking about it financially.

Since we tend to think about financial problems the same way we would think about physics problems, I wouldn’t be terribly surprised if the striking contrast in results happened because as soon as the tax incentive was introduced, people started thinking with their task positive networks instead of their default networks.

In both cases we can end up doing more harm than good. Since it’s not possible for us to think in both frames at the same time, it could be beneficial to approach some problems at two different times with two different frames of reference: one empathetic and one analytical.