For today’s Friday Roundup, scientists invent a bacteria that could turn waste into fuel, and NASA discovers that Titan probably has DNA fragments in its atmosphere. Meanwhile, Harvard stores 700 terabytes of data on a DNA microchip, and a chimp solves problems using stone tools. 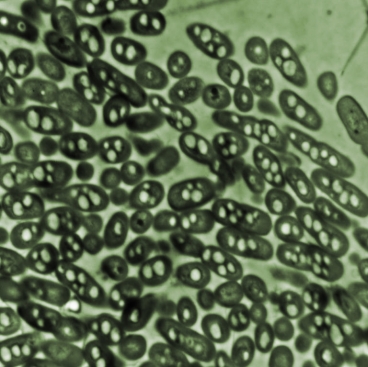 Genetically modified organisms are a source of controversy, but a new breakthrough may win over some environmentalists, at least under special circumstances.

A soil bacteria called Ralstonia eutropha starts producing complicated organic compounds when it is put under stress. Now geneticists at MIT have tinkered with its genetic code so that it produces isobutanol, a substance that can be directly substituted for gasoline.

Naturally, when the bacteria loses its source of nutrients like nitrate and phosphate, it begins storing its energy in polymers that resemble petroleum-based plastics.

Christopher Birmingham and others found a way to remove and replace genes within the bacterium so that it would produce fuel instead.

The team is currently working on ways to get the bacterium to use emissions, like CO2, as its energy source. This would allow the bacteria to transform greenhouse gasses into a source of renewable energy. Currently, the bacteria use fructose as their fuel source.

While this is great news, it’s worth pointing out that it’s been done before (and with CO2 and sunlight, no less).

Related: Powering the Future: How We Will (Eventually) Solve the Energy Crisis and Fuel the Civilization of Tomorrow

Recent experiments suggest that pieces of DNA are floating in the atmosphere of one of Saturn’s moons: Titan.

When the Cassini spacecraft dropped through Titan’s atmosphere, it detected the presence of large organic molecules. Unfortunately, the sensors were not sophisticated enough to determine what these compounds were.

At NASA, the Cassini research team attempted to replicate Titan’s atmosphere. A chamber containing nitrogen and various other chemicals reproduced its composition. It was then cooled to the same temperature as Titan’s chilly air. Finally, it was exposed to UV light, to mimic the sun’s rays.

The results were shocking. When the tiny aerosol droplets that formed during the reaction were analyzed with a spectrometer, they found several chemicals that were important for the formation of life on Earth. Among these chemicals were the four nucleotides that make up the genetic code of DNA (as well as a fifth nucleotide found in the related substance RNA). They also found two amino acids. Amino acids are the basis of all protein.

While the results don’t necessarily mean that life might be found on Titan, they suggest it is more likely than previously thought. They also demonstrate that water isn’t necessary in order for genetic components to form.

Furthermore, they also suggest that these chemicals may have originated on Earth in the same way, rather than in a “primordial soup” in the ocean or on Earth’s surface.

Harvard Stores 700 Terabytes of Data on a DNA Microchip

The previous DNA data storage record has been beat several thousand times over by a team at Harvard. A microchip is used to access the data stored by the DNA.

George Church and Sri Kosuri successfully stored 700 terabytes of data in DNA. This is roughly 14,000 blue rays worth of information. It also beats nature’s largest genetic code, an Amoeboid, by a factor of roughly 10,000.

The introduction of a microchip capable of storing and accessing the information is another breakthrough, making it possible to access data without needing to sequence an entire strand of DNA.

While this is an amazing breakthrough in data storage technology, it’s also important to point out that this technology can’t currently be used to create easily re-writable data. It’s also worth pointing out that it would take hours for the microfluidic chip to retrieve the data. Although, considering the amount of data we’re talking about, that’s not bad at all. 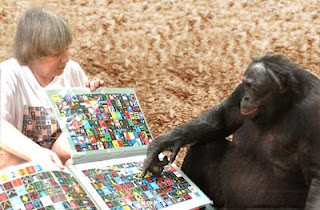 A Bonobo chimp named Kanzi recently demonstrated his ability to fashion stone tools to solve problems. Kanzi was taught how to knap flint flakes in the 1990s. This is the method that early hominids, the predecessors of humans, used to create stone tools such as hand axes.

Now, when researchers put food inside of a log and allowed Kanzi to attempt to extract the food from it, he built choppers, drills, scrapers, and wedges in response. The efforts proved worthy.

While the results are impressive, the conclusions we should draw from them are uncertain. Some claim this is evidence that early stone tools may not have been produced by hominids, but by other nonhuman primates similar to the bonobos.

Others point out that the ability to learn how to make stone tools is different from the ability to come up with the idea to make them in the first place.

A similar debate revolves around Kanzi’s ability to use language. While many believe that the innate cognitive capacities to use language are unique to humans, Kanzi apparently learned to use a lexigram keyboard without formal training from humans, and now speaks using sign language.

Another study revealed that he could accurately answer questions asked via a microphone with 93% accuracy.

Most other apes fail to learn language and tool construction, making it difficult to reproduce these experiments. All of this makes the implications of Kanzi’s current abilities unclear.

Related: The Language Instinct: How the Mind Creates Language

A relatively routine speculative and certainly interesting paper on the nature of the Big Bang received overblown coverage in the press. This was unfortunately due, in part, to some overzelous promotion by the paper’s lead author.

The paper’s main prediction revolves around the concept of a phase change.

A phase change is a change in the behavior of a field or material as a result of changes in temperature. For example, the transformation of water into ice, or the more exotic transformation of an ordinary metal into a superconductor, is a phase transition.

The paper, which referred to a hypothesis called “quantum graphity,” proposes that similar phase changes could also be responsible for the fact that the universe has four dimensions.

The paper makes testable predictions about the way that gravity would have effected light in the early universe. While the predictions haven’t been approached with rigor, the fact that the hypothesis is testable is somewhat promising.

Unfortunately, bold claims by the paper’s lead author in the non-technical press suggested that the hypothesis would overthrow the Big Bang theory, when in fact it does nothing of the sort, even if it’s correct. Furthermore, the paper is not a discovery, it is merely a candidate for explaining earlier parts of the Big Bang that aren’t yet understood (since we don’t yet have a theory of quantum gravity).

While it’s a promising candidate due to the fact that it is, in theory, testable, it’s important to recognize that it is by no means the only candidate in the same boat.