Researchers have managed to return feeling to patients with paralysis for the first time ever, and a new theory makes predictions that could resolve the dark matter and dark energy problems faced by current physics. Meanwhile, we discover that a species of bird appears to hold “funerals” for their dead.

Stem Cells Reverse Paralysis for the First Time Ever 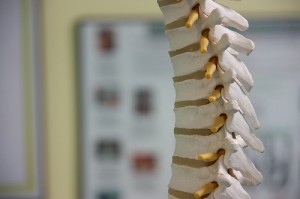 In a never seen before achievement, researchers were able to bring back feeling to patients who were paralyzed by a broken spine. The results came from injections from neural stem cells.

After the cells were injected directly into the injured area of the spine, two of the three patients began feeling sensations of touch and heat in the paralyzed areas of their body.

The results were actually much better than the researchers expected. The patients responded to soft touch, heat, and electrical impulses. The sensations were surprisingly close to normal, according to Stephen Huhn of StemCells in Newark, California, the company that developed the experiment.

New Theory Could Tackle Both Dark Matter and Dark Energy

Shouhong Wang of Indiana University and Tian Ma of Sichuan University have pieced together a theory that could offer some insight into one of the biggest problems in physics today.

The standard model of physics that we use today currently doesn’t explain most of the energy in the universe. Excess gravity causes galaxies to spin much faster than we would expect, a phenomenon typically thought to be caused by an invisible form of matter called “dark matter.” Currently theories don’t explain why it exists or what it’s properties might be.

At the same time, galaxies are accelerating away from one another as a result of some kind of repulsive force, referred to as “dark energy.”

The professors have developed a theory that predicts both of these forces are unified together by a modified version of general relativity.

In the traditional theory of general relativity, gravity is caused by curvature in space and time. The new theory predicts that the gravitational field is also linked with an intensity field that measures the distribution of energy in the universe.

(For the math nerds, the energy field is a scalar potential field based off of a second order co-variant derivative. The paper itself is here.)

Related: Einstein’s Telescope: The Hunt for Dark Matter and Dark Energy in the Universe

Birds That Mourn The Dead

Researchers at the University of California discovered that western scrub jays appear to morn their dead, or at least partake in behavior that seems similar.

Scrub jays belong to the most intelligent class of birds, called corvids, which also include ravens, crows, and nutcrackers. Corvids are capable of sharing complex information with one another as well as producing tools.

The experimenters placed several objects, including dead scrub jays, into residential areas, and observed how the birds reacted. The birds were indifferent to most of the objects, but reacted strongly to the dead scrub jays.

The birds called out to warn the others, gathered around the body, and stopped foraging for food for over a day.

The behavior was similar to the way they reacted when seeing a “predator” (which was a decoy created by the experimenters), the difference being that they also tried to swoop down and scare off the predator.

It’s interesting, if a bit speculative, to wonder if this is at all related with the origins of mourning.